News from JMS.  It's not what we'd hoped, but not all bad.----
----------
Today, about an hour ago, Deadline Hollywood announced the slate of pilot scripts being picked up for production by The CW. Babylon 5 was not on that list.
When a pilot script is not picked up to production, 99.999% of the time, that’s the end of the road for the project, the script is dead.
However: shortly before that piece was published, I received a call from Mark Pedowitz, President of The CW. (I should mention that Mark is a great guy and a long-time fan of B5. He worked for Warners when the show was first airing, and always made sure we got him copies of the episodes before they aired because he didn’t want to wait to see what happened next.)
Calling the pilot “a damned fine script,” he said he was taking the highly unusual step of rolling the project and the pilot script into next year, keeping B5 in active development while the dust settles on the sale of the CW.
Here’s the bottom line:Yesterday, Babylon 5 was in active development at the CW and Warner Bros. for fall 2022.
Today, Babylon 5 is in active development at the CW and Warner Bros. for fall 2023
-------
https://www.patreon.com/posts/62084557B5 CW Newshttps://www.patreon.com/posts/62084557

"Original series creator J. Michael Straczynski is onboard to write the project. He will also executive producer under his Studio JMS banner. Warner Bros. Television, which produced the original series, will produce the reboot.

The new iteration of the sci-fi series is described as a “from-the-ground-up reboot.” In the series, John Sheridan, an Earthforce officer with a mysterious background, is assigned to Babylon 5, a five-mile-long space station in neutral space, a port of call for travelers, smugglers, corporate explorers and alien diplomats at a time of uneasy peace and the constant threat of war. His arrival triggers a destiny beyond anything he could have imagined, as an exploratory Earth company accidentally triggers a conflict with a civilization a million years ahead of us, putting Sheridan and the rest of the B5 crew in the line of fire as the last, best hope for the survival of the human race.

JMS announced on August 12 that he's completed Harlan Ellison's "The Last Dangerous Visions" and it's been sent to the agent who will hopefully take it to auction for publication. JMS wrote:

THE LAST DANGEROUS VISIONS is now finished, 112,000 words by some of the most visionary writers of the last 48 years, right to the present moment. Proud and utterly exhausted from all that went into this.

Becoming a Writer, Staying a Writer: The Artistry, Joy, and Career of Storytelling 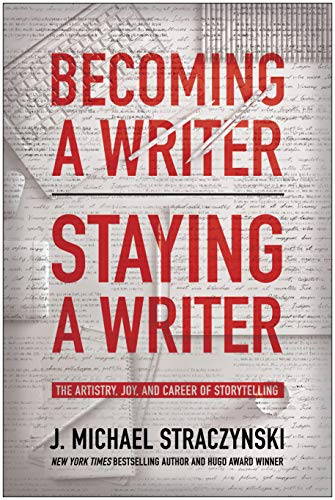 The second is a mainstream novel which follows twelve characters on a bus trip like no other:

Together We Will Go 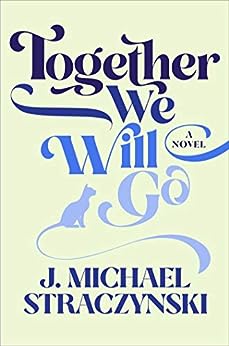 Exciting News!!  JMS has opened a Patreon account and we're all invited.

The idea is for fans to be able to participate in the creative process by their patronage and have a say in new projects JMS might do through his Synthetic Worlds company.

There are different tiers and perks for each.  Right off, JMS has made available to all patrons the script for his City of Dreams audio drama, "The Damned Are Playing at Godzilla's Tonight".   Another perk was a behind the scenes memo from Sense8 that JMS wrote as though it were an internal memo by a BPO scientist.  Last night was the first chat with JMS on the Discord server.

Check out:  Patreon: J. Michael Straczynskifor more information.  If enough fans of JMS' work sign on, there could be some really exciting projects done.